Last season Weymouth Wildcats Chairman Phil Bartlett outlined his own ‘revolutionary’ proposal to restore profitability at the club, “If I had my way I’d lock up the pits gate completely and I’d charge everyone £10 for getting in – riders, mechanics, track staff, refs – and give them all a ticket. I’d stand in the refund booth afterwards and they could all come up and get a refund. I know it sounds daft but I’d say ‘Yeah’, or ‘No’ depending. I’d enjoy doing it! It might not be popular – but, anyway, I don’t care – but it would soon sort things out!”

Sadly for Weymouth Speedway fans, with unpaid bills mounting it’s the Wessex Stadium owner who has locked the gates at Radipole Lane to sort things out for the future posting a sign on the fencing that advises it has been “repossessed by the landlord” for “non payment of rent”.

Quote taken from the Weymouth chapter of Shale Trek where Phil Bartlett also speaks frankly his own perception of his (then) reputation in the sport as well as giving a colourful account of Lee Smart’s departure from the Wildcats. 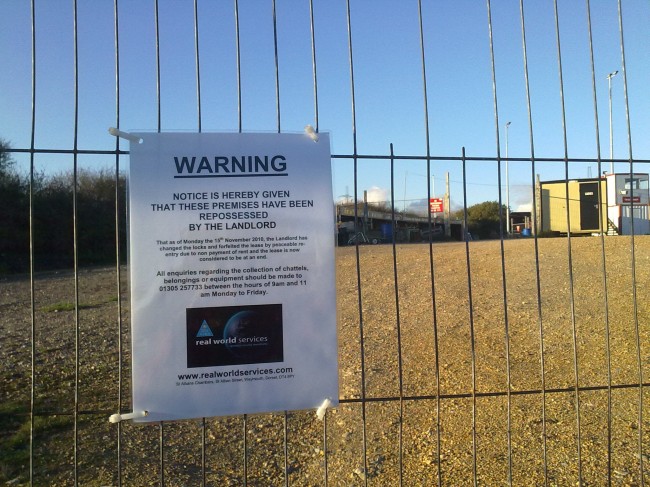 more from the blog

latest from the blog